Caustic soda or sodium hydroxide is a white solid substance with the chemical formula of NaOH and it is resulted from the process of electrolysis of sodium chloride soluble in the electrolytic vessels. It is called caustic soda because it is highly corrosive in nature. It is available in many forms in the industry, and the most common forms are caustic soda flakes and caustic soda pearls. Pure Caustic soda is a colorless crystalline solid that melts at 318 °C without decomposition. It is highly soluble in water, with a lower solubility in polar solvents such as ethanol and methanol.

Similar to the hydration of sulfuric acid, dissolution of caustic soda flakes in water is a highly exothermic reaction where a large amount of heat is released, posing a threat to safety through the possibility of splashing. The resulting solution is usually colorless and odorless. As with other alkaline solutions, it feels slippery with skin contact due to the process of saponification that occurs between NaOH and natural skin oils.

Caustic soda is highly alkaline and strongly hydrophilic. This capacity makes caustic soda extremely corrosive to skin tissue and hazardous to all animal and plant life. All direct, unprotected physical contact with the substance should be avoided. It is moderately toxic; however, the major hazard is its corrosive effects. Caustic soda flakes is not volatile or flammable. We can summarize the properties as;

The major users of caustic soda flakes are the aluminum industry, pulp & paper, leather and textile, oil and gas, oil wells, food industry and the chemical industry. The main applications are water treatment and water purification, as cleaning agent, or a wide range of uses in chemical industry like starch production or for the desulphurization in the petrochemical industry. 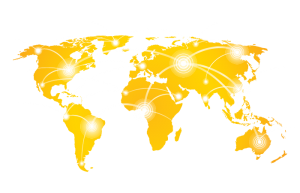 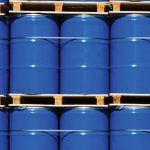